Leonardo da Vinci, Pablo Picasso, and Andy Warhol are a few of the artists said to have had dyslexia. Vanessa Pooley, the Norwich-based sculptor, feels it can be alienating: “I’m dyslexic. I think it’s a serious problem for artists because when they go onto further education they’re increasingly made to jump through academic hoops as so much now depends on written essays.” Luckily, the hoops Vanessa faced didn’t stop her succeeding, and she has exhibited everywhere from London to Hong Kong, New York to Milan. Vanessa has always been intrigued by the shape of the female body, inspired by those with more ample proportions and not conventionally beautiful. Although, rather than using models, Vanessa works mostly from memory. Her interest began at an early age. Vanessa recalls being at nursery and repeatedly drawing those classic figures with triangular-shaped dresses, symbolising ‘female’. At the age of 10, she dug raw clay from Walberswick in Suffolk, brought it home and formed female heads, which, unlike her sculptures now, had long straight nose and nice hair. They were then cooked in the Aga, before being painted.

Nowadays, Vanessa still starts by making a sculpture in clay, as it can be easily manipulated into a form which is often only envisioned during the process. For the final piece, her material of choice is bronze, “It is very beautiful when patinated - achieved by applying chemicals to the surface to bring out the various colours in the bronze. That gives it a lot of depth, more than other materials. It’s also weatherproof and easily worked.” Regarding her current output she says: “As a typical artist, I‘m excited by my most recent work, and I’m working on two different projects. I went to Zamora in northern Spain and followed up my favourite sculptor, Baltasar Lobo. He did a whole series of mother and child sculptures, along the lines of the ones I’ve been doing with the baby in the air.” “The other area I’m working on is yoga and the classic poses. But the problem with yoga poses is that a lot of them are a bit symmetrical and I’m looking for contained poses where you haven’t got limbs going out from the body; instead there’s a cross in the body. I’ve just done this life size child’s pose sculpture which is incredibly simple, it’s called Pebble. I want to do more sculptures related to this area, with an element of peaceful relaxation,” Vanessa tells us.

Another inspiration is the music of Wagner, but Vanessa relates a time she couldn’t understand how someone could enjoy his work. “I loathed Wagner, I certainly couldn’t see any point in his music and it made me quite angry at people. I thought there was some sort of conspiracy, or that people had some sort of mental aberration. I made myself listen to it and now I’m a total addict. One can learn and I suspect I would learn more about other artworks if I put the time in.” So perhaps we all have a chance of learning to appreciate art if we take the trouble.

Returning to Norfolk for an easier lifestyle in 1997, Vanessa amazingly is now living in the house where she grew up. Despite the many positives of moving to Norfolk, she was initially concerned she wouldn’t find a foundry in which she could have confidence, and returned regularly to one in London.

Fortunately, she found two local foundries, in Attleborough and Dereham, both very responsive to her needs. “As a sculptor you really need a foundry that understands your work and whom you can work alongside. In London you would have to check that they’ve done the work properly at each stage, but here, they collect the work from me, bring back the finished bronze, and I never have to check it because I trust them to do a perfect job every time.” So if you’re looking for a real bronze sculpture, full of the ‘joy and generosity’ that Vanessa brings, keep an eye out for her next exhibition. “I continue to get a thrill when people buy my sculptures, because to me it means the work is really appreciated,” she adds. 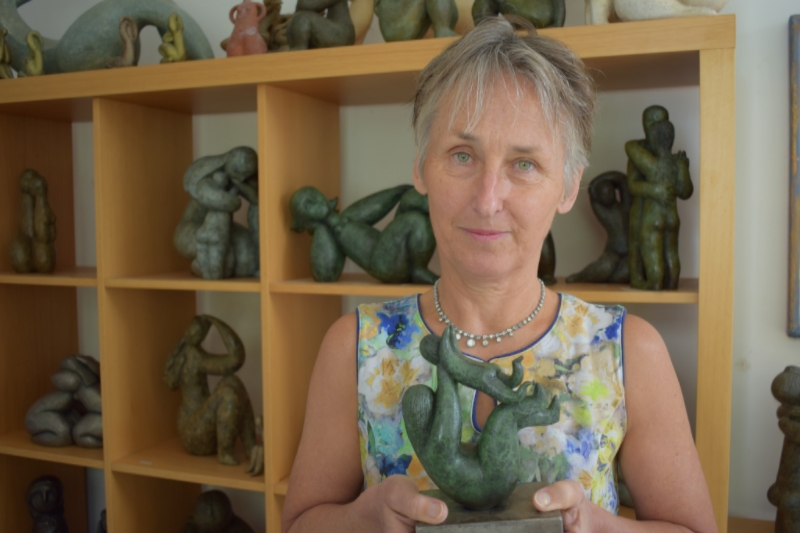 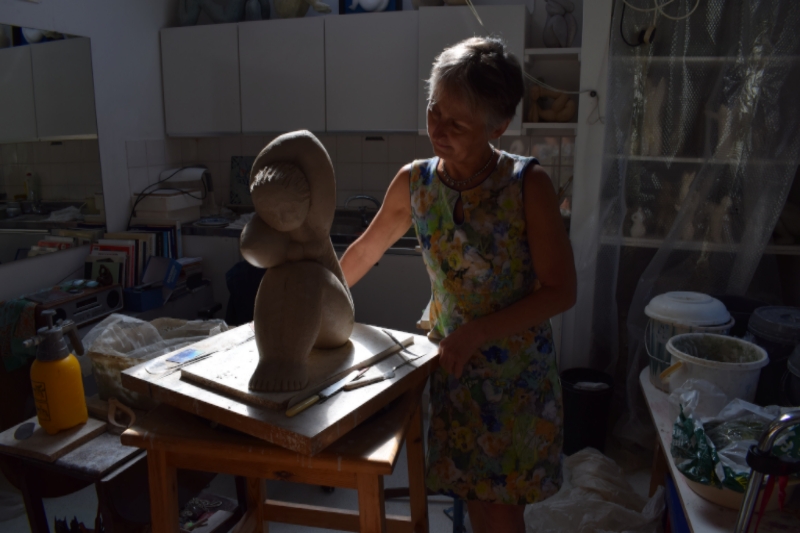