For those fond of glamping, the answer can be delivered to your doorstep in the shape of an English Shepherd's Hut, and you don’t have to tend a herd of sheep to get one. The huts combine the timeless traditional charm of a historic hut with countless modern innovations to make them both beautiful and functional.

Chris Nield, the founder of The English Shepherds Hut Co, lived in France for several years doing property development, along with his family and the operations manager, Robert Hanger. Returning to the UK in 2010, he began Timberpad, a company specialising in bespoke, quirky timber framed builds, with a couple of part time contractors.

Ben Wong, a manager for The English Shepherds Hut Co, says “I joined the team in 2013, working from the small Timberpad office in Craig’s back garden. One customer enquired for a moveable Timberpad office and the first thought on all our minds was ‘Shepherd Hut!’. Our team of four built our first hut, nicknamed “Mama Cass”, in a small barn during a very cold winter. As we rolled it out and our photographer showed up, there was a sudden blizzard and everything was perfectly set like a scene from a winter wonderland.”

The response from the initial pictures was so amazing that they ended up setting up a separate business entirely for Shepherd Huts - and so The English Shepherds Hut Company was born. Before long, Mama Cass was purchased by a mysterious customer who turned out to be none other than Elizabeth Hurley. 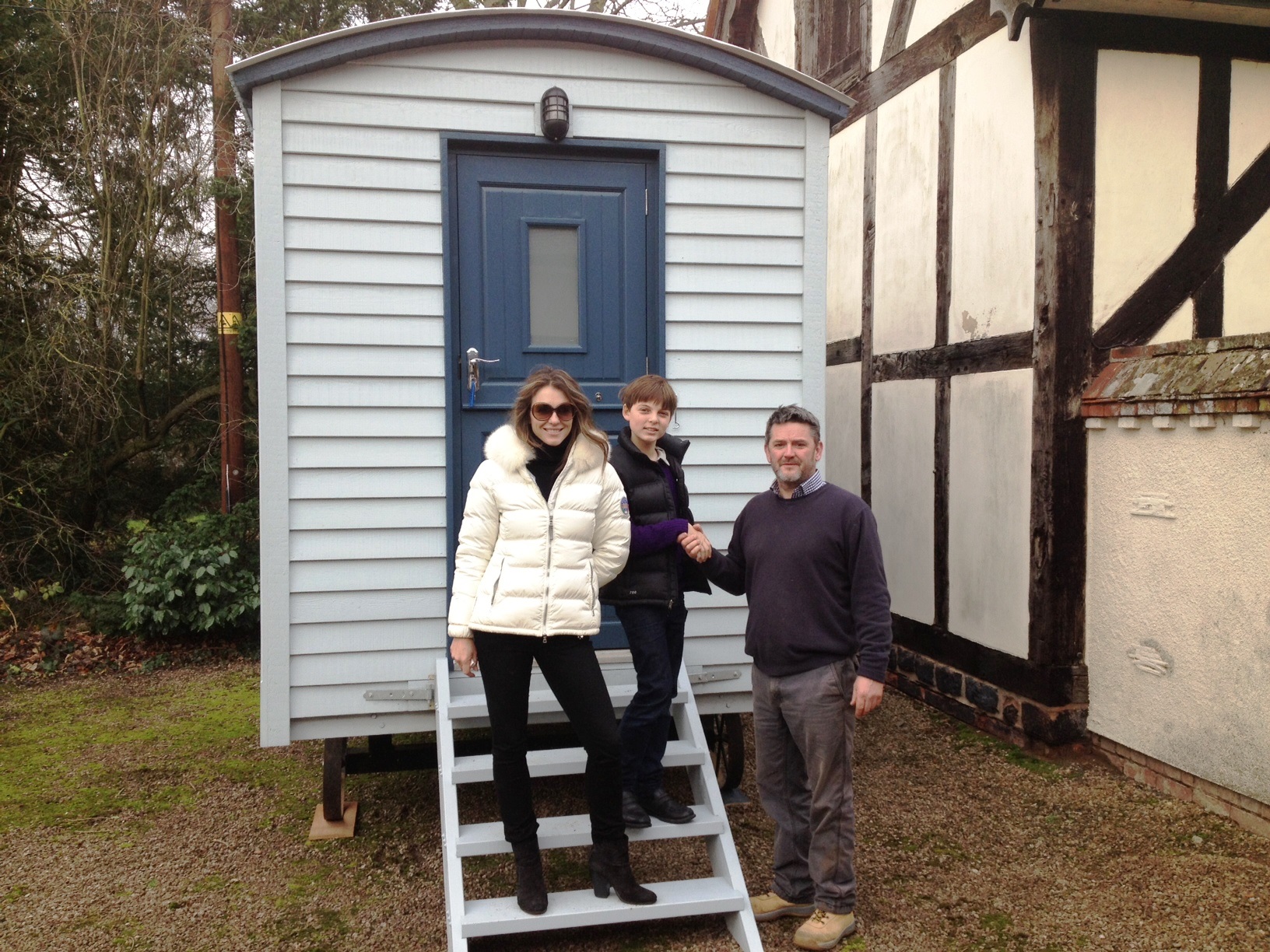 The English Shepherds Hut Co has since gone from being a team of four people, operating from a back garden and building in a barn alongside a large pile of potatoes and a handful of inquisitive chickens, to a dedicated team for 12 in a big Norwich-based workshop. Its ethos is simple: to create a bespoke product to the highest quality possible, designed to meet all the client’s needs and last a lifetime.

Its designs have included off-grid, eco-friendly huts offering en-suite bathroom and kitchen facilities, and their signature road-towable Wild Rover huts, which can be hired for events such as weddings to provide luxurious pop up bedrooms, bathrooms and bars.

Ben says: “Our order book includes celebrity and VIP customers, who may operate anonymously through their PA’s, so it’s always fun to guess for whom we might be building! Our more forthcoming clients include writers, presenters and journalists, such as Andrew Clover and Libby Purves, with whom we remain great friends and who have written about us from their huts. We’ve also provided our huts to well-known establishments widely ranging from Adam Henson’s Cotswold Farm Park to Champneys Health Spas.

There’s also been an upsurge of interest from many farms, which in post-Brexit uncertainty are seeking to diversify to protect their revenue streams threatened by the loss of EU subsidies and they have began a new rental scheme for landowners to set up farm diversifying tourism projects.

So if you want to reconnect with nature like a shepherd, but have the luxuries fit for a celebrity, or are seeking to engage with an exciting growing holiday market, then perhaps buying or hiring an English Shepherd Hut is the perfect solution. 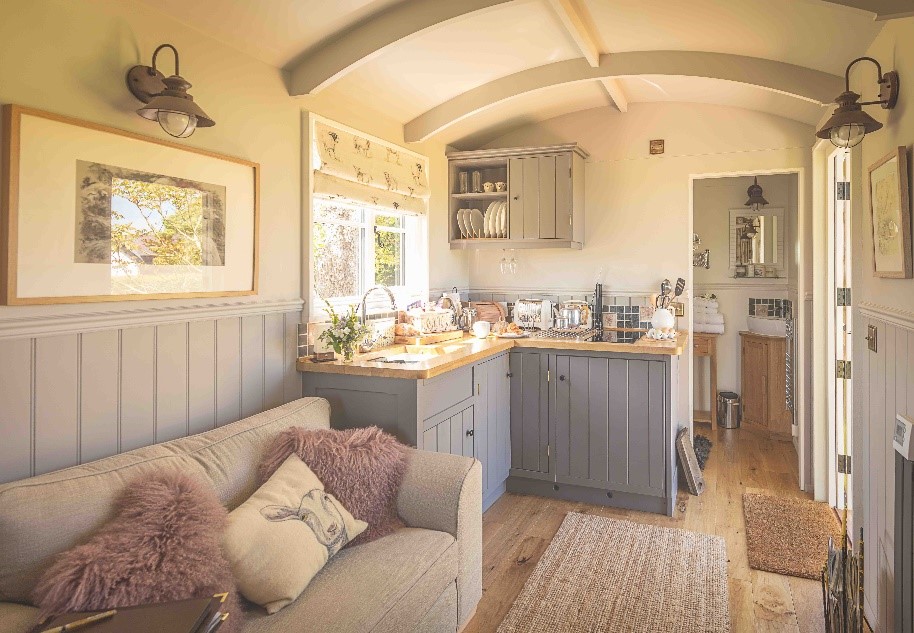 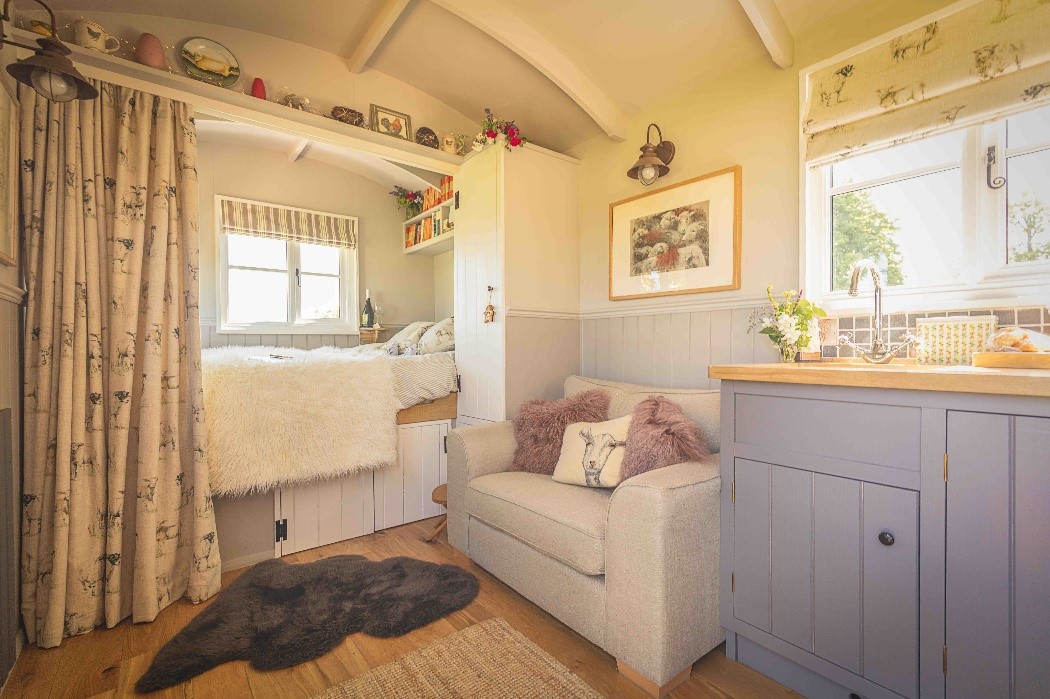