Here he reflects on his journey and, in particular, the challenges and advantages of competing funding options for high-growth, acquisitive businesses.

I was recently asked by a friend who runs a business advisory service to speak to a group of business people and to describe the acquisition trail that I have pursued since my first MBO in 1996. He was particularly interested in my views on Private Equity versus PLC (AIM in my case) funding options during that time.

Firstly, as I put together some notes I was surprised to see that if I added up the buy and sell side of transactions over the course of the last 22 years I have personally driven along just over £500m in transaction value. I don't know what that represents in terms of fees for professional advisors (Lawyers, Accountants, Nomads and others) but it will also be significant amount of money! Although this is clearly nowhere near the deal values of some of the Leviathans of the gaming industry (Kelly, Goulden, Alexander, et al) who have swum in much bigger pools than me I was still surprised at the number.

But I do think it provides me with some ability to talk with candour about the upside and the downside of acquisition transactions from the perspective of the 'Management team' and I enjoyed the discussion and debate with the group that day. At some point I will revisit this as the more I think about it the more there is to discuss, (equally feel free to contact me if there is something on which you would like a bit more granularity). I certainly have more to say on the subject of Board composition, NEDs and the role of the Chairman, if you are interested.

My response to the question (Private Equity v PLC) ? Well clearly there are positives and negatives on both sides. With PE you get a team of backers who (should) understand your sector and the detail of your business and who should therefore be willing and able to back a team embarking on an acquisition trail, and to be supportive when you hit some turbulence along the way. It doesn't always work like this of course, on occasions they haven't really understood the fundamentals of the business and sometimes they don't have the financial fire power that you expected. Sometimes the individuals that set up the deal have either moved on or they have delegated things down the line to someone more junior who doesn't understand. Of course that is where your Corporate Advisers should have done what they are paid to do and in representing 'management' during the deal checked out how credible the promise of support really is (both financial and intellectual). Of course realistically whatever a PE firm says to you when they are considering jumping into bed with you can be discounted immediately after the wedding night and you can guarantee that they are then looking at the most lucrative way to exit the business, even if that is at the expense of the management team who have only just got their breath back after the MBO process. As an example a friend of mine led a complicated MBO of a White goods business in 1996 only to have the PE house sell it on at a profit 14 weeks later. He made some money, but in his opinion he (and his backers) would have made a lot more if they had waited the two years that he needed to carry out some consolidation of that particular sector and to which they had all originally agreed.

Hey Ho, as they say.

On AIM? So we listed Talarius in 2005 and were able to consistently raise money for acquisitions as they presented themselves, our profits were growing, the gambling sector was buoyant and the whole process was painless. We sold out two years later and our early cornerstone investors made three times their money, at the time one of them flung her arms around me and kissed me. Plcs are certainly very time consuming for the senior team (particularly if they are regularly raising money) and you do spend a great deal of time in the City, in Hi rise offices, explaining your strategy and your P&Ls to investors and analysts. You need a strong team back at the ranch and I was lucky that I did (have a strong team) and you need to keep the deals flowing. You also need a good analyst at the Brokers who understands your business model.

Of course it isn't always like that and certainly when we listed Praesepe just after Lehman brothers collapsed in 2008 we experienced the so called 'leaky bucket' syndrome where investors who said yes at the beginning of a round of City presentations changed their minds towards the end and we had to constantly go back out to present to more people. I remember talking to two private investors who were worth £40m when we first met them and during the Praesepe fund raise timetable they went bust. I think we made over 50 presentations before we closed the book on the initial placing for Praesepe and for the next four years fund raising proved a challenge. So, not exactly 'hero to zero' but Plc life isn't always a bed of roses. Still, what doesn't kill you makes you stronger, allegedly!

So on balance, I have worked with some great PE guys, really supportive, sensible and transparent in their objectives and of course I learnt about managing that level of relationship as I went along. I have worked with other PE firms who were not so focused, not great communicators and who seemed to employ a scatter gun philosophy to investing (other peoples) money. On the PLC side we listed Talarius relatively easily helped by a great Chairman who had a strong City following, it was all pretty much text book stuff and we sold out at the right time (again down to advice from our Chairman). Praesepe wasn't so easy, the economy had tanked and we struggled at times (although having said that we still built a new gaming business that rivaled Talarius in the same sector and which was sold for a profit). But if I absolutely had to choose one or the other I would prefer to be run a PLC, there is an immediacy and a dynamism which I don't think you quite get with Private Equity and of course you can meet people in the street who are your shareholders, which is interesting... 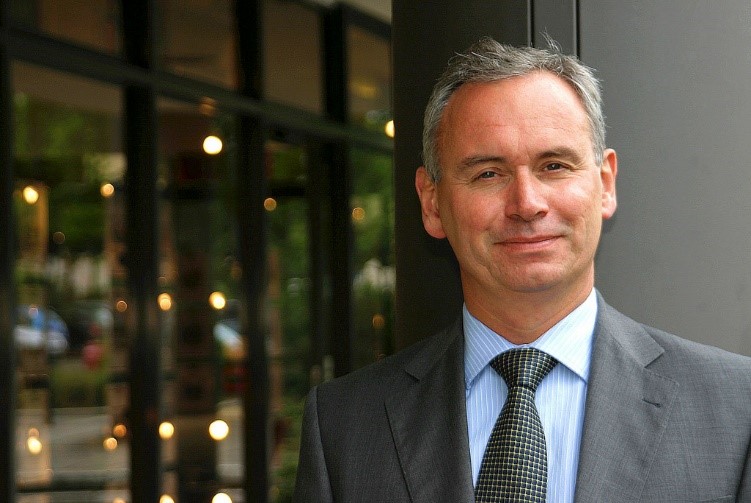